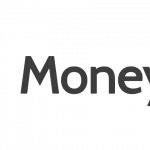 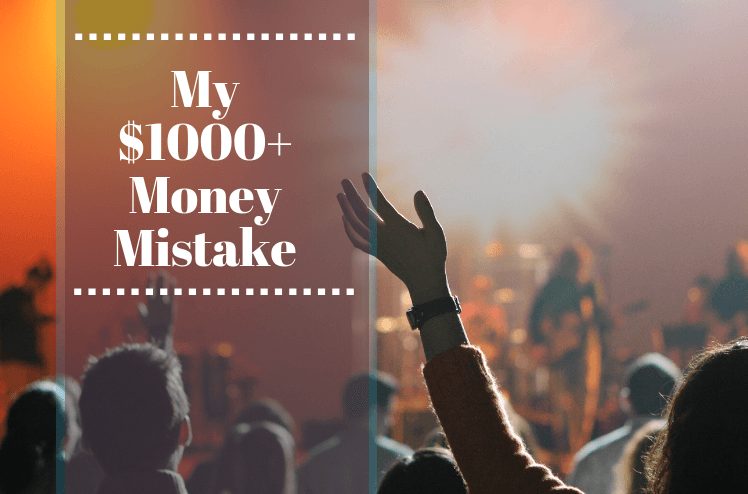 Social media puts a strange filter on the world, especially Facebook and Instagram. People are always happy and looking amazing. Everyone on social media is winning at life. Going on amazing trips, partying with friends. Living their dreams. And no-one seems to be messing up. They all have their lives put together and sorted!

Well, life isn’t perfect. We don’t all have it worked out. We all make mistakes- at least I know that I make mistakes. Life can be messy! And I want to share with you one of the bigger mistakes that I have made recently.

I enjoy comedy shows! And we don’t really get many famous comedians coming to visit down New Zealand. So when a big name international comedian is touring in God’s own then I will buy several tickets immediately- so that friends and family can come to enjoy too.  I do make them pay for them, I’m not a charity after all. It’s all good fun.

The problem I have is that I don’t always hear about comedy tours. At least not the normal way through advertising on TV, radio, paper. You see, I have decided that these forms of news media can generally be ignored because what they tell me is not in my immediate sphere of influence. That is, my life is not really improved by knowing too much about what’s going on in the world. Sure it is interesting, but I would rather listen to and informative Podcast, or watch my favourite show add free on Netflix.

Yes, I pay for Netflix. Some personal finance finaticals will be outraged that I spend $14 a month on this service. I think it is a good investment in time optimization and not having to watch when the TV schedule says I have to watch, and in avoiding add breaks.

Anyway, I learnt that Bill Bailey was coming to New Zealand to do a tour. I was excited! I had to get tickets. But I was on the road at the time I was told about the upcoming tour by a friend. Who was also really excited and had heard that tickets were selling fast.

We decided that we needed to get tickets immediately and that I should go and buy some tickets. I mean, Bill Bailey may not be super famous, but surely he is popular enough and the ticket will sell out soon.

I decided to buy tickets using my phone. I normally don’t purchase items online on my phone and that is for reason that will become clear soon.

So I did a quick google search and clicked the first link. Tickets were still available. They seem a bit steep at $160 a ticket, that’s rockstar precise. But OK, it cost a lot to fly down to New Zealand and set up a tour.

I purchased 6 tickets. Entered my details and credit card. Confirmed. The total charge was $1237.90.

Hang on a minute, the tickets were advertised as $160 per ticket. Something doesn’t seem right.

I look at the price breakdown and see that it includes a $40 service charge per ticket. Seriously, what service is being provided that cost $40 per ticket? And how was I not made aware of this before?

Then it hit me, I had accidentally clicked on Viagogo’s advertisement. Viagogo, the secondary market place that claims to be legitimately servicing consumers in connecting seller and buyers. Selling legitimate tickets, at overly inflate prices.

Viagogo has been in the media a lot recently. Mainly over the fact that they are claiming to be an official ticket seller when they are not.  Recent investigations from Consumer NZ showed that out of 1051 customers 56% were charged extra fees on top of the ticket price the intended to pay, 15% didn’t get the seat promised, 11% of purchasers paid for tickets that never arrived, 8% ended up with fake tickets and, 3% were turned away at the door because their ticket had been purchased from a resale site and the venue wouldn’t honour them.

How could I have been so stupid to buy from this company- not only buy from them but be swindled an extra service fee that was not disclosed to me prior, totalling $40 per ticket.

Viagogo must pay to google a boatload of money to shop up at the top of the search results for 100 if not thousands of events every day. They do this so that unsuspecting customers, like me, accidentally click on the ad when they go to buy tickets for an event.

Sure, on a desktop, it’s easy to tell the difference between an ad, and a legitimate search. I would argue that it is more difficult to do it on a mobile device. That’s why I think I got caught out.

When you land on Viagogo’s site, it’s only stated once that they are a re-seller- in tiny writing at the top. The kind of writing that’s similar to terms and condition agreement that people often ignore. Apart from that, they look like a genuine ticket seller with a well-kept site. This made me, and I am sure there are many other people, think that this was a legitimate ticket seller.

The next tactic they use is to make you wait while they check that there are tickets available. The wait is around 2 minutes, all the while the site is telling you that tickets are in high demand. This makes the purchaser think there is scarcity in the number of tickets left, when in fact it is just a marketing ploy. And if you are like me and wanted to go to the show, I can tell you it worked.

Then you get to select which tickets and their price, which is fine. Exactly like many other websites. If you are happy, you buy them. Sure they were expensive, but I was fine with the individual price.

The next stage is to enter your details and credit card and confirm the transaction. It is only once the transaction has been confirmed that you get a complete breakdown of the total price and see what the service fee actually is.

Basically, I was scammed into paying an extra $40 per ticket- for a total of $240

I did receive six tickets, although I wasn’t expecting to see someone else name on them. After all, I had thought I had thought I was on a legitimate site. The ticket also has the true value on them, which was $89.90 a ticket. That means the tickets including service fee from Viagogo were 230% more expensive.

I then tried to get a refund from Viagogo because the service fee was not made clear to me through the entire process.  Viagogo’s reply was not very helpful and they were refusing to refund my tickets.

I went back through the purchase process and sure enough, the service fee was nowhere to be seen. It was only when I went through it for the third time did I realize that there where two totals shown. The first total was the total for the tickets, which is what I expected to pay. Under this was a green continue button. But under the fold, if you scrolled down to the bottom there was another total including the service charge.

This was deceitful. Why have two totals, one being so far below the continue button that many people wouldn’t see it? I continued to argue with them to try and get a refund. The next thing that stood out to me is that they seem to guarantee the ticket as genuine. I thought that they can’t guarantee the ticket as genuine as it doesn’t even have my name on it and hence has been resold. This goes against the terms on the ticket themselves. They would not give me a refund. Instead, the offered to relist the tickets on their site.

This was not a solution. They would relist them at the ticket price I purchased and I would lose the $240 service fee. On top of that,  I would be involved in scamming the next person.

Viagogo claimed to be a global online platform for live sport, music and entertainment tickets. “We’re the world’s largest secondary marketplace for tickets to live events”.

I don’t think they are as genuine as they claim to be. I think they have internal employees purchasing tickets from the genuine tickets agents and then selling them on, rather than individuals listing tickets. How do I know this? Well, the tickets I received were issued on the same date as of when I purchase them through Viagogo.  Not only that, the pdf has a created timestamp showing the exact time it was created, taken into account the time zones(Viagogo is headed in Geneva Switzerland), which was exactly the same time as I purchased the ticket.

They did not have the tickets on hand and purchase them after the fact.

This means individual selling the ticket on Viagogo marketplace are not genuine. They are in fact acting on behalf of Viagogo, purchasing tickets at the exact time to be sold for a profit. Making them a supplier and not a reseller.

What Can You Do?

Since I bought them on a credit card, I decided to dispute the transaction with my bank. The main reason being is that I wasn’t made aware of the extra service fee. Honestly, there was a bit of buyers remorse, but the service fee should have been made clear to me, as well as a total charge.

When you purchase something on your credit card you can dispute the transaction if you have a legitimate claim. Also known as a chargeback. If you do not receive the product you bought, or the service you received was not what you paid for.  The process starts off with writing you your bank to initiate a claim. They will then determine if it is legitimate.

I made a long list of disputes, Here were some of the reasons why I disputed Viagogo;

My bank disputed with Viagogo’s bank for several months. I had to provide my bank with some more evidence and finally, they accepted my dispute and I was refunded.  I just hope that this goes out as a warning to others to not be as stupid as me and purchase tickets from Viagogo. The whole interaction with Viagogo made me feel like crap. How can a company fleece money of people so blatantly? Deceiving customers.